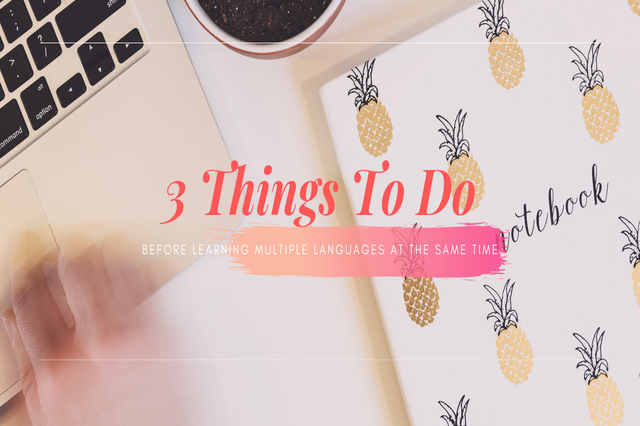 Before you start asking questions such as is this suitable for newbies, the learner’s background (age), and the purpose which I’ve decided to include after reading Daniela Forgáčová’s comment, here it is.

I’m a female in my 20s. The purpose of learning the languages (except English and Arabic) is for fun and out of curiosity.

Well, it did start that way but changed halfway because I realized I really want to be able to hold conversations with native speakers (Spanish, for now). So, my target is upper-intermediate (B2) and then move on to the others while still maintaining it.

I include an element of entertainment in my learning process since that’s the main reason I embarked on this language learning journey in the first place.

For English, 60% entertainment (where I learn to mimic the pronunciation, intonation, and accent), 30% speaking, and 10% grammar. I’ve been learning English since primary but the interest only started when I was in high school.

For Spanish, 40% entertainment (where I learn to mimic the pronunciation, intonation, and accent), 40% repetition, 10% speaking, and 10% grammar. I’ve been learning it for 5 years (self-taught).

I’m fully aware of constant speaking practice being the most effective but, in my case, I rely heavily on entertainment because from there the desire of wanting to improve the speaking skill grows naturally, not forcefully.

Whenever I feel like procrastination hits me, I always go back to entertainment. By doing that, my motivation is up again. The only con I could think of is I find myself pausing and repeating certain scenes just to mimic the P, I, A. It can be tiring but totally worth it.

I decided to choose a slow but effective method. These percentages (except for entertainment) might slightly change from time to time.

This is my way of reducing stress and burnout and still manage to keep my motivation going. Some may think it’s the lazy way, but I ensure you I do it diligently simply because it is fun, doable, and achievable.

Now, let’s move on to the few things you should know before you start your own journey.

Time – Decide Which One Is Important

When learning a new language, many parts of our brains are activated, requiring much more effort than simply memorizing formulas. – Brainscape

I’m currently learning Spanish and Italian. In order for me to learn both effectively, I set realistic goals for each and I don’t give the same amount of attention to these two.

Spanish – Since it’s my main target language, I focus more on that. My goal is to keep reviewing the grammar topic and vocabulary as I learn new ones.

Italian – I just want to have a good understanding of the basic Ripeti Con Me lessons. I decided to continue learning it even after I’ve finished reviewing the course since it’s pretty similar to Spanish and I feel like it would be a waste to stop.

Even though the attention rate is not the same I make sure to learn both every day (Donnovan Nagel suggests the opposite) no matter how easy or difficult the lesson is. I feel comfortable this way because of two reasons.

Once you’ve decided, set a doable schedule and follow it religiously. When you’ve been doing language learning for so long, you’ll get to know your good habits and bad habits.

Similar Or Distinct – Your Choice

Some never have problems, even with learning very similar languages. Some can’t do it at all, no matter how distinct the languages are. Most are somewhere in between. – pseudocreobotra

I’ve been reading some language learning blogs regarding this topic and I found 2 different thoughts. Whether you’re learning two different languages or two languages from the same family the answer is still not recommended. The main reason is

You might not get the best result out of it compared to learning just one at a time due to many reasons. If you really want to seriously learn two languages at the same time, Brainscape has a good post on how to learn them the right way.

You have to get to an intermediate level first or get a good grasp of the first language before you start on the second one.

It might lead to confusion. You’re definitely going to mix up one thing with the other. However, there are a few people in the language learning community who have the opposite thought.

They recommend learning them together because it might help ease the learning process due to their similarity. I emphasize the ‘ease’ part because that’s as far you can get and it won’t guarantee you’ll learn faster.

And yes, you’ll experience the confusion part as well but I believe once you know the difference you’ll do just fine.

That’s what happens to me with Italian perché/ per favore and Spanish por qué/ por favor. The Spanish pronunciation always comes out automatically whenever I say the Italian version. It’s unavoidable, especially in the beginning.

I agree with the latter opinion because the only reason I was (I still am) able to learn two languages at the same time is literally because of the above reason. If you’ve been following my blog you know that learning two languages at once is very common to me and in my country.

Language learning is a skill that can be developed – FluentU

The good thing about learning two languages at the same time is you can experiment with them. You can either use the same method that you’re using in one language or use a totally different method.

Experimenting is fun. You may want to rethink this if the timing isn’t right for you. If that’s the case you might want to read this. Find out which one works best regardless of whether you’re a newbie or an advanced learner. Never rely on just one method, diversify it.

It always surprises me whenever I do this because as much as I hate going out of my comfort zone, I know that I have to try everything in order to actually enjoy and make the process less stressful.

If before you think learning through cartoons like a child would isn’t effective you might actually change your perspective.

Trial And Error – Find Your Own Method

It might take longer for two languages than one, and you might need to get a little creative about how you approach it. But if you’re committed, consistent, and passionate about studying both languages, then you will succeed. – Benny Lewis

I agree with the above statement. You can read as many blogs as you want and agree or disagree with them but at the end of the day, it boils down to you, your goals, time, and preference. 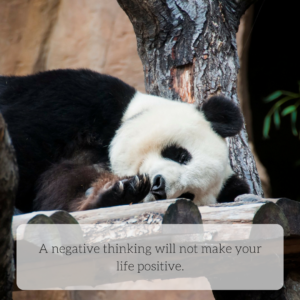 Who cares if your method is weird and uncommon. You’re the one who’s doing it and you know what works best. Just remember, what works for others might not work with you and vice versa. That’s all that matters.

When you speak more than one language, it is easier to learn another. And another, and another. – Alex Hammond

English is my second language. When I decided to learn Spanish, I have no doubt it will be difficult. But as I start learning I realized there were some familiar words with English and Tagalog.

You have no idea how happy I was because I didn’t know these languages are going to help me in the process (in terms of vocabulary) and that at some point I can’t really say I was learning it from the scratch. Grammar, on the other hand, is a different scenario.

The same thing with Italian. Prior to learning it, I’ve read on some blogs saying that it was similar to Spanish but I didn’t know how similar it was until I began.

It turns out every language I decided to learn is actually related to one another and I have to admit it’s a big help to me though not significantly. As I said above, knowing some cognate words won’t help you shorten the learning process. 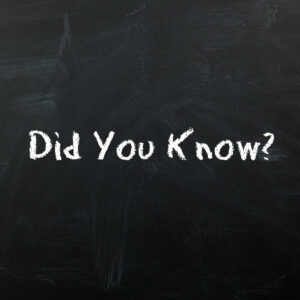 So, share with us your own know-how of learning multiple languages at the same time. Or if you plan to do that, how are you going to do so. Others might get inspired by it.

Vocabulary Vs Grammar: It’s Not What You Think

4 Methods To Make Language Learning fun In The Classroom