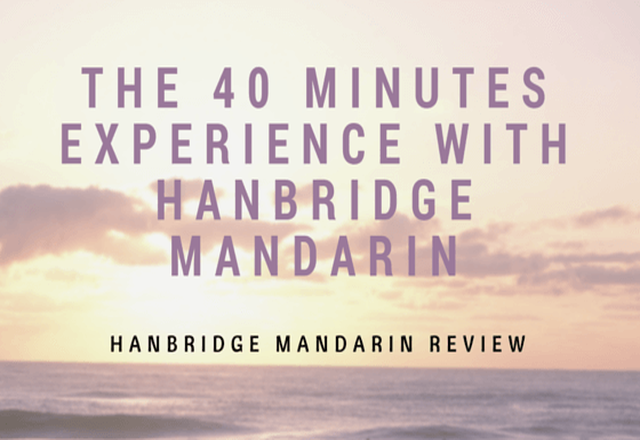 Self-learning is what I always do when it comes to learning a new language. Doing a face to face learning via Skype or a virtual classroom is something I haven’t yet try until now.

In this Hanbridge Mandarin review post, I will be sharing with you my learning experience using the free trial lesson that was being offered in an exchange for a review about their service.

What is Hanbridge Mandarin?

It’s an online language teaching platform based in Shenzhen, China. It was created in May 2011. They both have the school version and the online version. The school itself was established way back in 2006 and has built up 2 campuses in Zhuhai and Chengdu. Their motto is

“to serve as a bridge from Chinese language and culture to the rest of the world.” 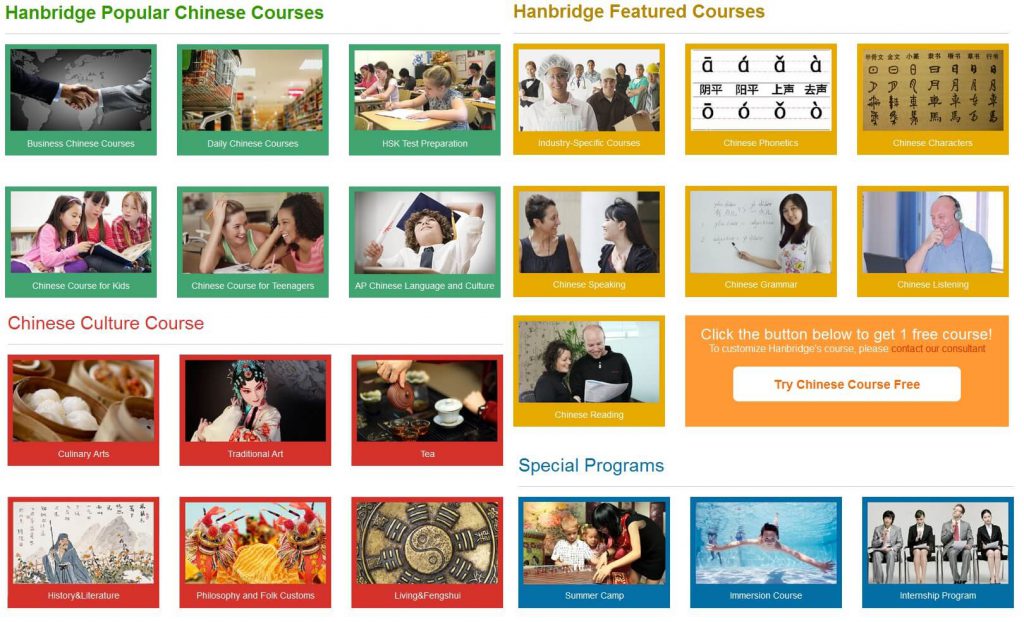 You’ll be communicating with the academic coordinator after you sign up for the trial. She will be asking for your available day, date, and time as well as what topic you want to learn. They offer a variety of courses. Each lesson plan has different prices based on what you choose.

Their native professional and experienced teachers have a Bachelor’s degree and a Master’s degree (60% of them) and have gone through meticulous training. So, rest assures that you’re in good hands. 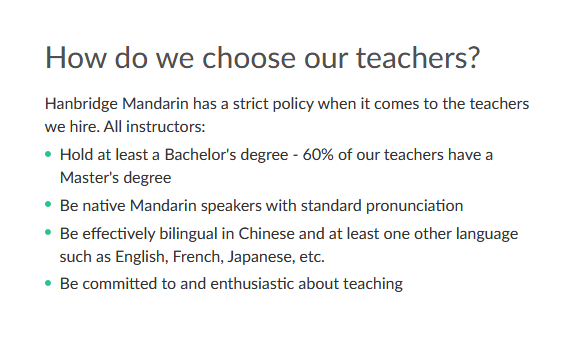 Hanbridge Mandarin service makes your life easier where you can schedule your own time and date of your lesson. No pressure. You can even cancel it anytime, just make sure you inform 2 hours in advance.

The virtual classroom uses software called Cisco WebEx which you need to download first before you can enter the classroom. It has features such as the quick start, meeting info, the whiteboard, video, audio, note tab, etc. The teacher will be using PowerPoint slides throughout the lesson. 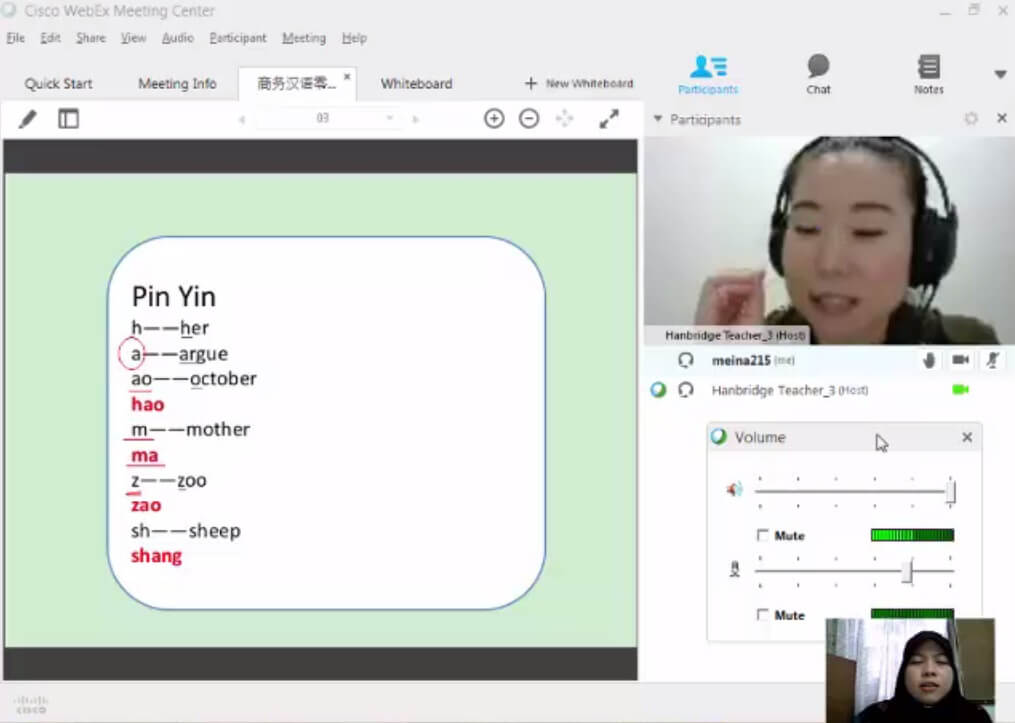 How Did It Go?

I was told to enter the classroom 5 minutes before it started. I came 10 minutes early as soon as the join now button became available because I was worried about having problems with all of the settings needed such as the audio and the video.

My instinct was correct. As soon as I entered the classroom I had trouble connecting the video. We both have a few technical problems where I can’t connect my laptop camera (yeah, I didn’t use a webcam) to the classroom.

They also have a problem with their internet connection where the video came on and off during the lesson. In the end, we only use audio. No face-to-face communication. I didn’t blame them though. The Internet can be a pain sometimes.

What’s more surprising was the teacher was there as I came in. I didn’t expect her to be early. So, kudos for that. The trial was supposed to be a 30-minute lesson but it got carried away.

What did I learn?

The lesson topic was about Conversation Chinese. She started by introducing me to the 4 basic Pinyin. She explained step by step how to pronounce each one and why it was pronounced like this and that.

Next, it was about the tones. Started from the first tone to the fourth tone, the light tone, the short tone, all sorts of tones. In Chinese, the tone is as important as the pronunciation. Everything she showed she gave examples based on that to make it even easier to understand.

Teacher Shasha then proceeds with the basic Chinese greeting. For instance, how are you and the reply, how to say good morning and good evening.

She explained more than just the pronunciation and the tone. She translated the meaning of each word one by one and explained the structure of the sentences and which word comes first and why. Apart from that, I’ve also learned a bit about Chinese culture.

We have the Q&A session as the lesson progress and more after it is finished. They do a follow-up after that asking for my feedback on the lesson and their service as a whole. It was a really fun session.

The way the price is calculated is that you’ll get a customized study plan by the teachers that matches your learning style and goals and then a price quotation will be given to you.

Per session, it costs between $8-$45 depending on the time, duration, course type, and level. They accept PayPal, Credit Card, Alipay online, and wire transfer (to Hanbridge Mandarin Bank Account).

Apart from having individuals as their students they also have corporate clients ranging from Intel, Microsoft, YKK, Areva, etc. You can find more written and video reviews here.

It offers a flexible schedule.

The classroom can be accessed via all types of devices ranging from Windows and Mac PC to both iPad and iPhone and even on Android devices.

Their support staffs are quick to respond and very friendly so is the teacher.

It doesn’t state how long the trial lesson is going to be. I only knew when the teacher mentioned it.

Some people might find the price to be quite expensive.

They mention on their website that all the materials from the lesson can be downloaded but it doesn’t show how. I was hoping there is some sort of video tutorials on that. I’m glad I’ve recorded the whole session for future reference.

Overall, I’m satisfied with their quality service and learned a lot from just the short session. If you’re looking for an easy and effective way to learn Mandarin, I highly recommended Hanbridge Mandarin.

Get Your Free Trial

Do You Really Need StudySpanish To Be Fluent