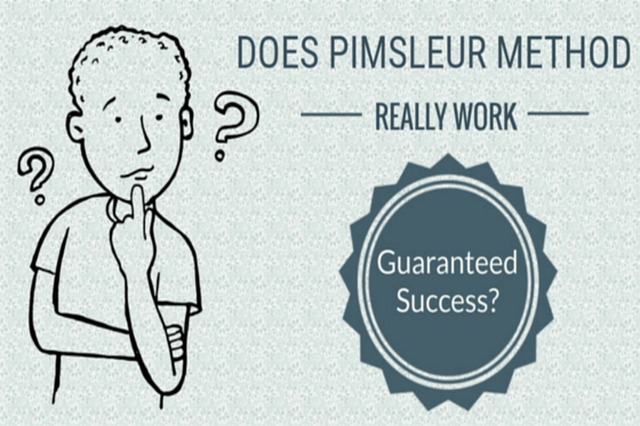 Pimsleur is an audio-based language learning course that has been developed around 50 years ago by Paul Pimsleur. It’s quite popular among language enthusiasts. I heard about it last year and only decided to try it out a month ago. I want to see if it suits my learning style despite me being a visual learner. In this review, I will cover the pros and cons of it and concluded whether the Pimsleur method really works.

I challenge myself to learn Deutsch with this, a totally new language which I have never learned before. This way I’ll know the effectiveness of the method. I only take the Unlimited German level one so, the review will be based on that and not the whole level. 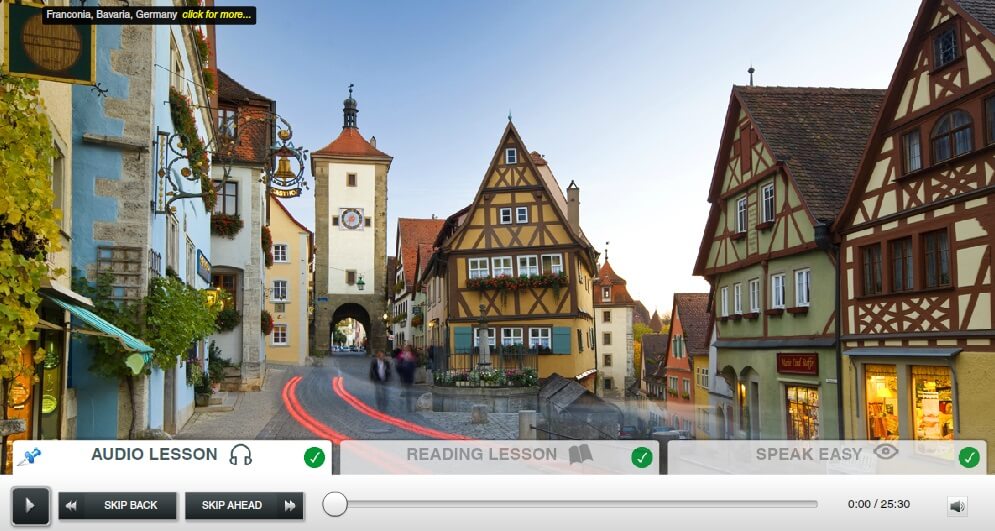 Inside this level is a 30-day course with the length of each lesson around 30 minutes. It has 3 sections of exercises; the reading lesson, speak easy and review (flash cards and quick match).

There is a reason why the Pimsleur Golden rules below are created.

That is because some of it is really effective. I follow each rule diligently even though I find rule number 3 and 5 to be the most difficult. I mean, how can you not even try to memorize it? Then, I realized you need to understand how it works first before you can memorize everything.

Repetitiveness Is The Key

Pimsleur uses spaced repetition method where they present you with a word/phrase, you speak it out loud, and get you familiarized with the sound.

Before the everyday lesson starts, it repeats the previous lessons which strengthen more of what you’ve learned. I guess that’s why the above rules exist. Come to think about it when I finished the lesson and do the exercises needed I don’t look back at it once I close the Pimsleur software.

It emphasizes 2 ways of learning, asking and answering questions. The audio narrator will do that at the same time. So, you really have to participate.

It translates word by word and gives the literal meaning and teaches you how to construct the words together. Apart from that, it stresses accent and intonation as well, not just pronunciation.

To make it easier, it gives examples of how the word should be pronounced by referring to an English word. The way they pronounced it is from back to front. For example sprechen: chen then spre.

After you finished with the lesson provided each day, you will be given 2 options to review what you’ve done.

1- A flashcard. It’s pretty much self-explanatory.

2- A quick match. You’ll be asked what this and that called in German in a form of a quiz.

By day 10, the reading lesson will be available. There is a spelling lesson included in it, explaining why the spelling is different from the pronunciation, why the letter R in some words aren’t pronounced clearly, and much more.

Like Spanish, the German language also has masculine and feminine versions of their words. This will also be included in the lesson.

One thing I really love about Pimsleur is the pictures they use. Looking at the pictures while listening to the audio is very soothing. This, of course, is more of a personal preference though. So, I’d like to applause them for that.

I did tell you it’s audio-based right, so don’t expect to see pictures whatsoever. You have to use your imagination when the narrator asks you to “imagine you are in a restaurant and the waiter…”

People that are visual learners might find it a bit difficult. Me, not so difficult. I’m good with imagination. Who says to be visual you have to physically see it? I mean you can use your brain to mentally visualize it, right? If I can do it, so do you.

Just when I thought I’m getting comfortable with the first stage, it soon becomes confusing at the other stage. There is the text version of the audio in the Speak Easy lesson.

In order to familiarize yourself with the speed and pronunciation so, you can start talking like a native, you have to do role-playing of the male and female characters in the audio.

Spoiler Alert: If you think the spelling and the pronunciation are going to be the same, you’re so wrong. The way they pronounce words that start with V sounds like F, W sounds like V and S sounds like Z, etc. It takes me quite a while to get used to it.

If you take out the previous lesson included in every lesson, the length is a bit short. Some may find the amount of vocabulary presented within each lesson to be very little. I think they created the course (in terms of vocabulary addition) very well because rather than throwing a bunch of words, they focus more on how to make sure it stays in your head for god knows how long.

It might be just me, but there are times where the voices sound as if it is spoken by a non-native speaker – an American to be exact. Don’t ask me how I know. I just know because I pay attention more to the accent and pronunciation when learning a foreign language, so that includes English.

They do teach you about it, but not directly and it’s very little. Up until now, I’m still confused about when to use mir, mich, meine, sie, ihnen. Talking about that, Pimsleur teaches you both the formal and informal way to converse with people but geared more towards the former.  It’s great with people we don’t know, but I’m definitely not going to speak formally with my friends, that’s just… awkward~

Pimsleur solely emphasizes listening and speaking. It’s all in the head. There is no writing exercise. How can you expect to be good at foreign languages if you’re bad at writing them?

Don’t tell me “language is spoken and not written” because that doesn’t work with me. It’s true most of the time you’ll do lots of talking, however, that doesn’t mean there’s no writing at all.

As I follow along and finished the level 1 course, below are a few questions I asked the Pimsleur support which you may interested to know. I included their responses as well.

How many levels are there for the German language and all the other available languages in general?

Does German only consist of 1 beginner level?

The first level will take an absolute beginner to an ACTFL Intermediate Low level in 15 hours of study! The rest of the German series (Level 2 and above) build further on that foundation.

How much does each level cost? I mean, if people want to buy just the beginner level course, how much does it cost?

I read the FAQ regarding the payment, but it’s so confusing. Is the payment for each level 1 - 5 a one-time payment or a monthly payment?

All products are one-time payment only.

The boxed software product is currently only available in the United States, which is why it isn’t showing on the site for international visitors. A digital download version will be available worldwide sometime in September.

As you can see, the price is quite expensive. So, I advise you to try it for free first before jumping to the paid version. If you have any more questions, you can visit the FAQ page.

So, Does The Pimsleur Method Really Work?

The answer is yes. All in all, the Pimsleur method teaches you to focus more on listening and speaking skills as you will do lots of them and less with writing. If I can rate my progress after using the method on which one I can do better, I’d say speaking. I see no improvement in writing and grammar.

No doubt when learning foreign languages, one should pay attention to other aspects first and not grammar. However, further down the road, you should start paying attention to all aspects so, you can master the listening, speaking,  and writing skills.

Obviously, you can’t solely rely on Pimsleur. If you’re only looking to focus on spoken skills, then this is for you. Otherwise, you might want to use Duolingo and/or Easy Learning 6 for that.

Do you have experience using Pimsleur? How well does it work for you? Kindly share with us below.

Is Preply Worth It – Preply Review

Is Ripeti Con Me Worth It – The Review