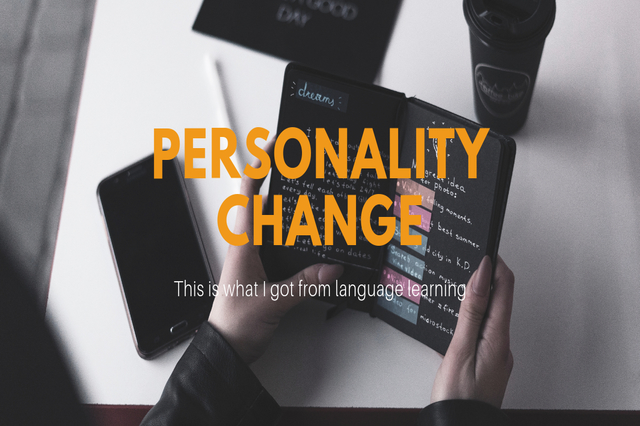 I was going through my idea bank searching for a topic for the next post and came across this personality change that is caused by language learning. I thought it would be a great idea since I personally experience it myself.

If you come here hoping to find scientific proof or explanation behind this, you’ll be disappointed (you can find them here and here). I won’t be providing any because this is supposed to be a fun blog post, not research whatsoever. I will only back up what I say by quoting words from those who I called experts in this area.

When I was brainstorming for ideas, I found an amazing article by Ekaterina Matveeva. There is one point she made that is interesting and I am giving my own opinion to it.

Some learners may or may not experience having multiple personalities but from what I’ve read on language learning communities’ forums most of them do experience it, myself included.

Back in 2015, when I decided to do blogging, I was debating whether to write in my native language or in English. I decided to choose English because of two reasons.

First, I want to reach an international audience so if I write in Malay (my native language) some won’t be able to understand. I know I can use a plugin to change my entire blog to whatever language I want but I wasn’t keen on the idea.

Second, I know for sure that I won’t be able to fully express myself unless I write in English which I feel comfortable with the most. It just feels awkward and unnatural to write in my mother tongue (no, I’m not dissing it) and I don’t want my readers to feel cringy reading them. I might exaggerate it a bit there but, you got my point.

Thus, I agree with what Arturo said below. Read the explanation for the next quote to find out why.

It is probable that writing may not only lead a person to develop better language skills but also carry other deeper consequences. Writing in a non-native language may lead someone to develop a new identity – Arturo Hernandez

Some languages are extroverted and some are introverted – Ekaterina Matveeva

Interestingly, when I speak in English, I become talkative, extrovert, easy-going and my confidence is skyrocketing which is the total opposite when I speak in Malay, thanks to the entertainment. I first realized this when I was doing a presentation back in college. At that moment, I was like, did I just become a different person? 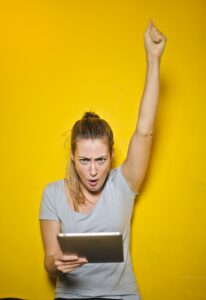 With this language, I’m reflecting a soft-spoken and innocent kind of personality (I’m literally laughing writing this part). I watched my first ever Telenovela when I was in high school. I fell in love with the language because of how smooth and soft its pronunciation is. I guess that’s why I feel and channel that vibes when I speak in Spanish.

This one, I feel like I’m intelligent, outspoken, and humble. When one of my online teachers showed me a video of an Arabic woman speaking, I think she was on a talk show or something, he asked me what I feel.

I said I want to be able to speak and give off the same vibe like her which is intelligent and confident. As for the humble part, it’s because I’ve read and heard many stories of the Prophets, His family, friends, and Arabic scholars.

What I mean to say with all these is I can’t say for sure I agree with Ekaterina. For me, it’s the people and their culture that influence and shapes the learner’s personality, not the language.

I agree with the above quote up to the extent where it emphasizes more on my previous point. Even though I haven’t been to Arab speaking countries or Spanish speaking countries it (personality changed) exists in me by just watching entertainment related to these languages.

From there I can see their cultures and environment and that’s kind of enough for me to bring out my alter ego. The situation is similar to learning any foreign language. You don’t have to go to its respective country to learn it.

Interestingly, the use of two languages has also served as a vehicle for psychotherapists. Patients that undergo traumatic experiences often report the ability to discuss them in a second language. Avoidance of the native language helps to create a distance from the emotional content experienced in the first language – Arturo Hernandez

I don’t have any traumatic experiences, but what I really hate is people who curse a lot be it my family and/ or friends. I, myself don’t like to curse at people and even the curse words themselves.

The weird thing is if I curse in my native language, usually, when things don’t go my way it feels so wrong but not so much when doing it in other languages as if it’s ok.

I don’t use many curse words and I don’t curse that often either. Could it be because the language being used is different? I think so.

When you learn a new language, you’re not just memorizing vocabulary and grammar rules—you also have a chance to tap into new parts of your identity – qz.com

I’m not sure about the identity part unless that and personality are the same thing. But that could happen to other people. I have yet to experience it. Though I do agree with the first part where language learning is not just about vocabulary and grammar.

At some point, you’re going to want to dive into the other aspects and it’s probably going to be the best thing about learning the target language as it wouldn’t be complete without them.

My language learning journey is actually the opposite. It’s the entertainment that makes me want to learn foreign languages. After I learn about their cultures, I feel like it would be awesome if I can communicate with its people, too. The great way to do it is to learn their language.

What would happen somewhere in the process is probably personality change. It truly fascinates me that learning a new language can bring so much benefit to a person.

I have yet to find the concrete answer to this question, which Swap Language has ultimately concluded on an individual’s perception, does language learning really cause it or is it something else? If it’s something else, what is it? I’m going to end this writing with a quote from Swap Language which perfectly describes my situation

“Speaking a certain language probably sparkles something in you that is not sparkling when you speak another language.”

So, tell me, have you experienced such a personality change? Do you agree or disagree with all the above points? Share them with us below.

What Does Language Learning Mean To Learners?

1 Year Of Speaking Practice With Native Speakers [My Experience]